Road Map Page 9 – Quantum Theory and the Law of Attraction

Quantum Theory, Particle Physics and the Law of Attraction 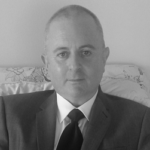 ‘See the Biggest Picture…Understand the Smallest Detail’ is an intent, a goal, a method, a concluding statement, a principle, an ethos, and, a practical philosophy which must be applied if one is interested in truly understanding ANY subject.

It can also be written, ‘Seek out the truth…enlightenment WILL follow’!

In the case of Quantum Mechanics and of Quantum Physicists alike, the ‘Biggest Picture’ envisaged is the Universe itself… and the ‘Smallest Detail’ which the subject itself and the scientists who work within it attempt to make sense of IS the MOST tiny or femtoscopic of all; that of energy itself, the building blocks of ALL we conceive!

These intellectual adventurers seek the ‘ultimate truth’… the ‘complete’ understanding of the mechanics of the Natural World, our Universe, and believe it or not these incredible people, the scientists that work behind OUR scenes, and who have consistently done so for hundreds of years are not far away from now understanding the smallest of the smallest detail of all! Believe it or not they can now explain our universe back 13.7 billion years to just ONE minute fraction of a second after the Big Bang event! (However, ‘not far away’ could still mean another few hundred ‘earth’ years as there is one major component that has got everyone stumped…Dark Matter! Do some research, check it out…)

Quantum Mechanics is the subject that if you delve into enough (along with your increased awareness into the workings of the mind and the power derived from the force of nature we call Love) will almost certainly help you make the connections and square the circle between spirituality, religion and science, of thoughts and things and the seemingly mysterious Law of Attraction, and give you enough evidence/proof, intellectually and in tandem with your own personal experiences, to allow a higher level of awareness to enter your psyche, and once the circle of truth is well and truly squared, Faith in Principle is what you are gifted with.

Check out this amazing site if you have trouble getting your head around the extremes of the LARGE and small and then take a minute absorbing what Dr. Quantum has to say on ‘Entanglement’ before you listen to Professor Brian Cox make sense of scale and our position in the cosmos in the videos below. (Not sure what the relevance of the title is, however, very useful information is contained within.)

Also check this site out: Hubble 25 … it was the Hubble telescope remember that led to the discovery of the expanding universe, which of course led to the Big Bang Theory…enjoy learning such great ‘history’!)

This is all very good and beyond the intellectual capacity of most of us but how does all this effect you, me and everyone on this planet?

Quite simply Quantum Mechanics, Physics, Science helps you and I, humanity, make sense of the Laws of the Universe, for example, The Law of Gravity, The Law of Flotation and the LAW OF ATTRACTION…and the daddy of them all, the governor of every Law, of our every thought and action, of everything in the Universe…CAUSE and EFFECT.

It gives real scientific reasoning and associated proof for such things as the Law of Attraction and other natural phenomena, and, helps us understand and consequently believe how these ‘possibilities’ may in fact exist. For instance, why it is scientifically possible for ‘thoughts’ to have ‘frequency’ and why it is tangible for these electro-magnetic waves, (as is factually known and understood with radio waves which we completely take for granted now), to transmit out into and through the Universe. Authors, Philosophers and Wise-men throughout the ages have all coined the phrase, ‘Thoughts are Things!’…Are they correct? Science has good reason to believe so!

Quantum Theory was conceived and subsequently developed in an attempt to explain ‘the order of things’ at the femtoscopic level following the remarkable and apparently contradictory results of the infamous Double Slit Experiment (see more video footage at bottom of page) and for nearly a century the theoretical quantum models continues to develop, divide opinion and engross the sharpest of scientific minds. The fact is the more YOU delve into this all encompassing subject the more incredible and profound the ‘truth’ is!

Start making connections, start questioning why the most brilliant intellectual scholars and scientists, now and historically, speak of and write about the Law of Attraction and its place in the Natural World. Find out how the Law of Attraction interacts with the Law of Increase to ‘drive’ all life on our planet and learn why these two Laws are just two Laws of many and belong in the SAME list as the Law of Gravity and the Law of Flotation. They are simply ‘Natural Laws of the Universe’, not some mysterious notion of ‘magic’! THINK and LEARN…THINK and QUESTION…Question the reality of how the things and events you have most wanted in your life have appeared in your life…as if out of the blue…as if by ‘magic’…and within a reasonable gestation period from your original request! CHALLENGE YOUR NOTION OF REALITY…Quantum Mechanics did and does…and this theory has delivered the exacting ‘reality’ of your mobile phone technology!

Have a good look through the video footage below (11 or so videos; use the arrows to scroll) and listen to Professor Brian Cox give an introduction into Quantum Mechanics and talk about inter-connecting matter (two videos) and how everything in the Universe is connected to everything else.*

Learn of the Double Slit Experiment and wonder in the simple ‘awe’ of it and what it actually denotes…can a particle of matter really be in two places at the same time? Or in every place at the same time?? Is this really ‘probable’???

*Entanglement? WHAT IS IT AND WHAT DOES IT MEAN TO ME… PERHAPS IT WILL COME TO MEAN A GREAT DEAL TO YOU… like it did me! Magic?

DELVE and the truth will out!

[Interesting for many reasons: What’s your ‘opinion’? Everyone has an opinion, right? But what matters…what is important? The truth is the ONLY thing that has any relevance, meaning or importance…and it is up to you to determine the truth, right? …which you are very capable of doing. FFT – Are ‘opinions’ useful? What is the only thing that is ‘useful’?? …and need we have an ‘opinion’ on the thing or things that is or are truly useful??? …Our Job? Take what is ‘useful’…i.e. the ‘truth’…be grateful…discard the rest. Yes or No? What do you think?]

If you have an appetite for the subject join Professor Leonard Susskind of Stanford University and follow his many courses on Quantum Theory, ‘Real Physics’ as it has come to be known.  Ask yourself the question… Is ignorance ‘bliss’ or is ignorance my ‘jailer’ and preventing me from having what is rightfully mine… Health, Wealth and Happiness?

Delve and the truth WILL set you FREE!

Enjoy watching this selection of thought provoking video clips and documentaries. There is so much more freely available for you to sift through on You Tube too… enjoy the process!